At the conclusion of the season, the top 36 wrestlers in each age group will receive a special recognition. Recognition will be awarded by age group in the following quantities:

For boys (10U, 12U, 14U, 16U, Junior) to be eligible for end of season recognition, they must have competed in a minimum of FIVE (5) of the events listed below. Please note that a Regional Championship event will count as TWO (2) events if the wrestler competes in both Freestyle and Greco-Roman at the same regional. (Northwest Regional 14U is a festival and does not count toward FOR points) The Folkstyle portion of the Freestyle and Greco-Roman regionals (if offered) will NOT count towards the Future Olympian Rankings. Wrestlers are eligible to compete in and earn Future Olympian Ranking values in ANY Freestyle & Greco-Roman regional, not just their designated regional. However, 10U, 12U, and 14U wrestlers must still compete in their designated regional in order to qualify for the Kids Nationals. For Tour of America events, True Beginner brackets will not count towards the rankings.

For girls (14U, 16U Women, Junior Women) to be eligible for end of season recognition, they must have competed in at least FIVE (5) events (Any Tour of America Series Events, Girls Folkstyle Nationals (CO), Women’s Nationals (TX), & USMC Junior Nationals (ND).

The type of recognition will be determined and announced at the end of each season.

In the event that two or more wrestlers end the season with the same Future Olympian Ranking value AND the tie needs to be broken in order to distribute prizes (for example if #12 and #13 are tied), then the following criteria will be used to rank the wrestlers: 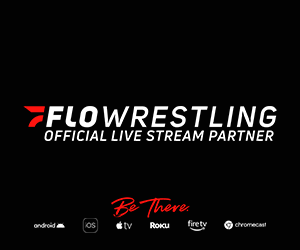